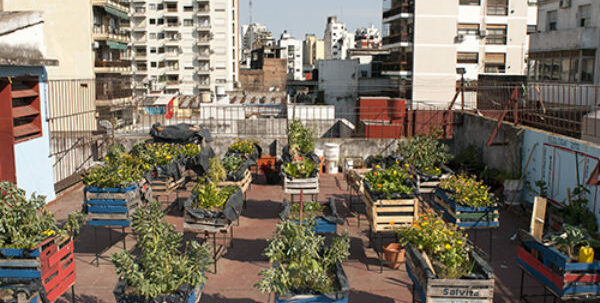 Urban gardens are becoming more and more popular in Spanish cities. The data indicates that the Spanish have discovered the advantages of having their own garden and planting their fruit and vegetables to feed themselves or to sell them in the market.

This is explained by the “Urban Agriculture in Spain” report, which indicates that the number of urban gardens exceeds 20,000 in our country, when at the beginning of the century they barely occupied 8 urban areas. This difference indicates the great interest there is in domestic, comfortable and healthy agriculture, which also makes it possible to fight against the damage caused by climate change.

The trend of planting urban gardens began after World War II, when American citizens took advantage of the economic expansion of the country to bring agriculture to their own gardens. This initiative was distributed by developed countries thanks to the environmental movements, so it ended up reaching those countries that were developing.

In Spain, this type of orchard had little incidence until the years 2006-2007. The beginning of the financial crisis, together with the new models of sustainable agriculture based on technology, made citizens aware of the need to grow their own food that was sustainable for the environment and for their pockets.

Since then, urban gardens have grown associated with the idea of citizen collaboration and the consumption of local products. Governments have realized the importance of organic farming, so they have offered financing options and public plots so that a growing number of associations could have their own agricultural space.

The advantages of having your own organic urban garden:

1.You will promote healthy eating habits, improving the health of your family.

2. You will save money, because you will not depend on market prices.

3. You will value much more nature, which gives us life.

4. You will teach your children how food is grown on your land.

5. You will reduce the carbon footprint since you will not have to take the car to go to the field.

The first step to having your own organic urban garden is to make a distribution of the space you have. You can choose to grow it on your own terrace, in an interior patio or even on the roof, a place where there will be no lack of sun or rain. Then, you have to get the seeds and tools, knowing well what the growing times are for each fruit or vegetable that you are going to grow. You can ask your partner or the children to help you with the task, so that together you can learn how urban gardens are organized.

The idea of a smart city, based on the use of home automation and technology to save money and promote the appearance of green spaces, goes through the construction of large urban gardens in cities. This has been recognized by many citizens, who have joined forces to create communities of urban gardens throughout Spain.